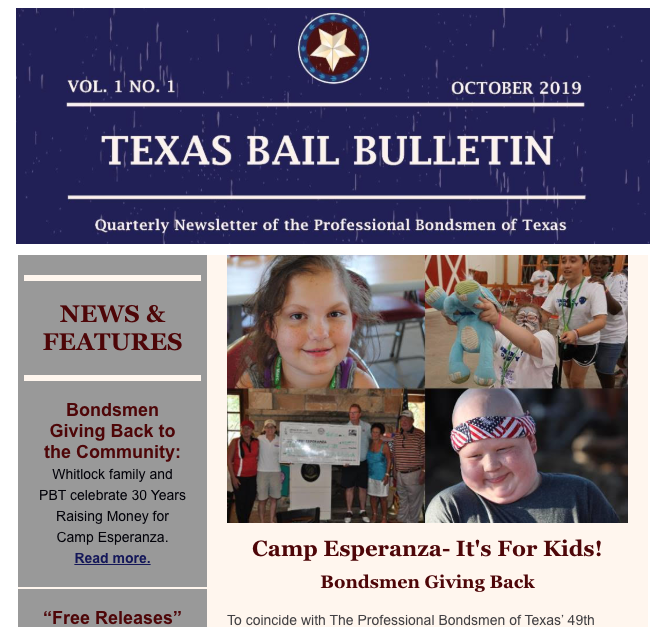 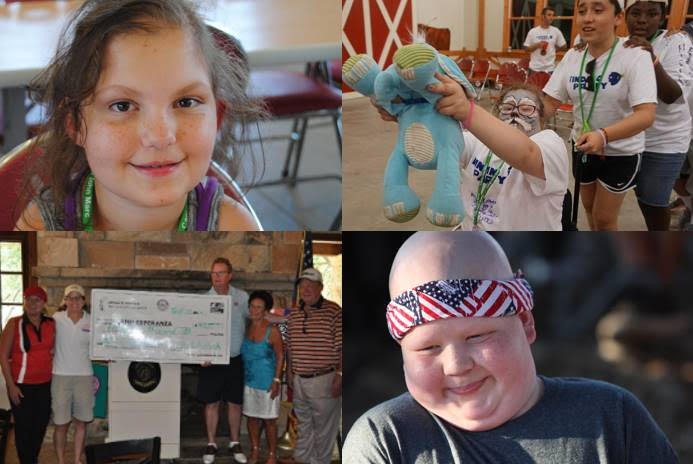 Camp Esperanza- It's For Kids!

Bondsmen Giving Back
To coincide with The Professional Bondsmen of Texas’ 49th annual convention, the Steven G. Whitlock Memorial Golf Tournament (“SGW Memorial”) is being held in San Antonio for the first time, after 29 years of taking place in Dallas. The annual event that benefits children battling cancer will tee off at 1:00 PM on Wednesday, October 9 at The Quarry Golf Course.

The charity golf tournament was founded by Mike Whitlock, twin brother to Steven who, in 1989 at the age of 26, lost his life to brain cancer. Struggling to deal with the death of a young man who lived life with passion and was friends with seemingly everyone he ever met, Mike and his family came up with the perfect way to honor his memory. Through this fun event, the SGW Memorial has raised more than a half million dollars over the years -- with all the money going to send kids to Camp Esperanza outside Dallas. The summer camp offers boys and girls battling cancer a week of fun and friendship while building confidence and inspiring hope.

Every year, a large number of Texas bail agents with big hearts get together to participate in the golf tournament, led by Mike, the Executive Vice President for American Surety Company.