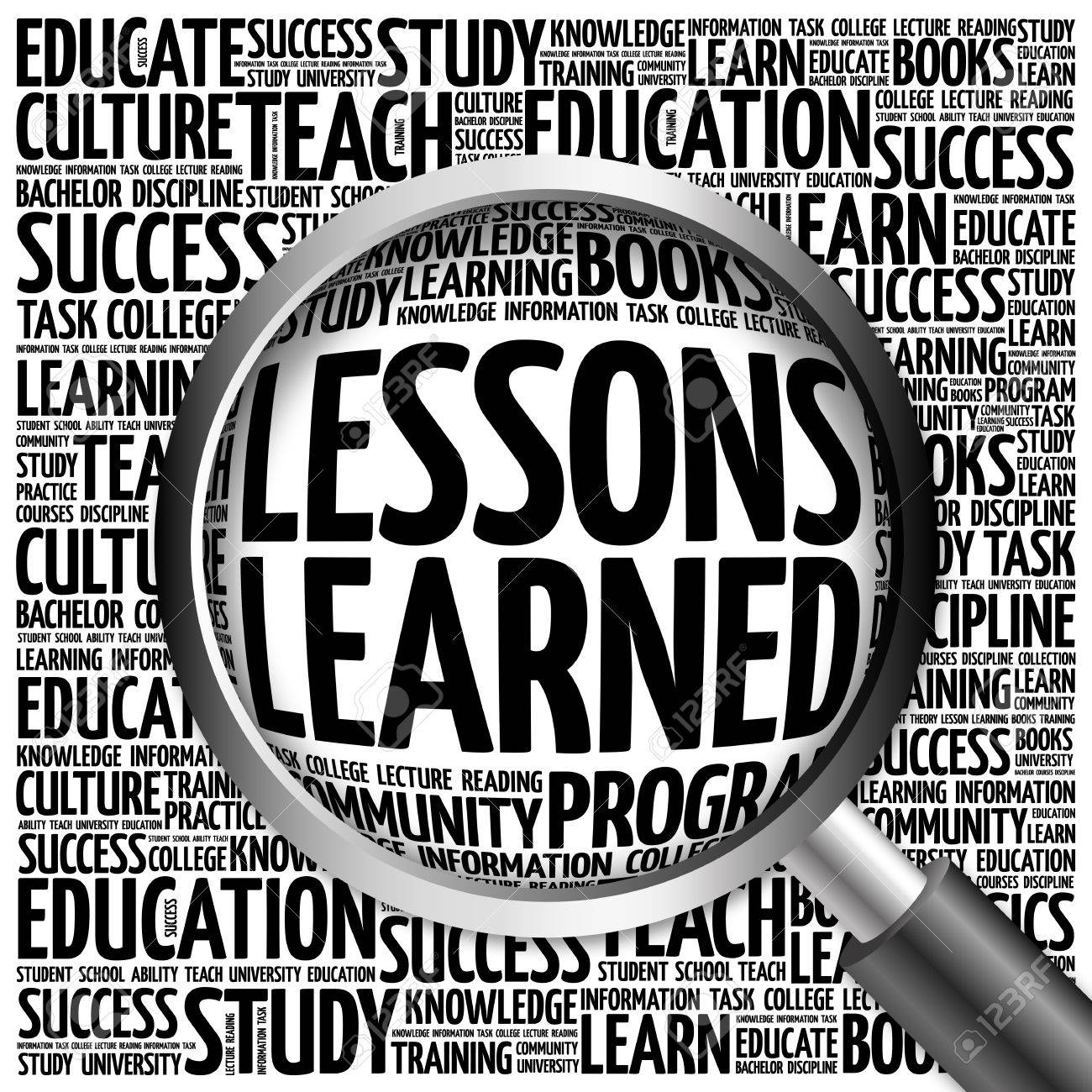 The start of the new year began with much promise.  But that was before the coronavirus began to spread.  Although a popular movement throughout the country in recent years, a colder reality has hit more recently as the solutions put forth in jurisdictions where it has been implemented have proven to be less successful than originally conceived.  Here in Texas, the citizens of Harris County are learning the hard lessons of good intentions gone bad as a result of federal litigation in the case of ODonnell v. Harris County -- something the remaining Texas should be aware of as advocates push ahead with their agendas.

Maranda ODonnell was arrested for driving with a suspended license, no insurance and having accumulated nearly $1,500 in unpaid tolls.  Having lost her license due to prior convictions involving the use of controlled substances, her attorneys argued that she was unlawfully denied the right to bail because of her inability to pay the amount indicated by Harris County's set bond schedule.

The ODonnell case began in May 2016 with a complaint, motion to certify class and a motion for a temporary restraining order filed against Harris County, Sheriff Ron Hickman and five other defendants.

After litigating motions to dismiss for failing to state a claim, the plaintiffs filed an amended complaint in September 2016, which added as defendants all 16 criminal court misdemeanor judges in Harris County.  It was alleged that the judges were acting as policy makers for purposes of establishing jurisdiction in federal court since they had all signed a standing order adopting a bail schedule.  The complaint alleged that poor defendants were not given an opportunity to request a deviation from the bail schedule when they first saw a judge and that this violated equal protection and due process requirements under the federal Constitution.

The trial court entered two preliminary injunctions that were appealed to the Fifth Circuit which issued multiple opinions reversing and/or staying the trial court's orders.   In August 2018, the U.S. Court of Appeals for the Fifth Circuit stayed portions of a second preliminary injunction holding that there is no fundamental right to be free from any form of wealth-based detention.

According to opinions issued by the U.S. Court of Appeals for the Fifth Circuit, Harris County was required by the Texas Constitution to hold a hearing within 48 hours of arrest for anyone claiming poverty and an inability to pay for a bond set pursuant to the bail schedule.  Further, the Fifth Circuit, held that once a hearing was granted, the level of scrutiny by the federal courts would be lowered to a rational basis review.

Therefore, providing a hearing within 48 hours of arrest would provide the county and taxpayers the maximum discretion to ensure that constitutional requirements were met.

A Turn in the Road

Harris County was on track to win the federal court litigation.

A lawyer for the plaintiffs recently made a public admission that they knew they could not win the case on the strength of their legal arguments.  Instead, they took a different strategy, looking to achieve victory through the only means possible: through the ballot box, by replacing the judges in Harris County with those who would provide the plaintiffs what they wanted in settlement since they could not get it through the legal process.

During the 2018 election campaign, proponents insisted that a settlement was necessary because of Harris County's expenditure of more than $8 million in legal fees.  Their tactics worked and a new slate of judges, who promised sweeping changes, was voted onto the bench.

The aftermath of the election revealed that the same advocates who criticized spending $8 million in legal fees were now calling for a down payment of more than $95 million to carry out the measures set forth in the proposed settlement agreement.

The settlement authorizes a defendant to be released in many situations without ever seeing a magistrate.  Also, it allows these individuals to miss court at least two times without penalty.  Further, the settlement raises the burden of proof higher than set forth in both state statutes and the Texas Constitution, making it more difficult to detain anyone without bail.  It also calls for the county to agree to perform a study on why people fail to appear for court -- and will fund whatever the recommendations.  If the study concludes that people miss court because they do not have a ride to court, lack daycare or cannot afford a cell phone, the county has agreed it will provide these things free of charge.

The Harris County experience has many lessons for the taxpayers of the rest of Texas.

The first is "do no harm."  In reforming one system that has been in existence for hundreds of years, it is unwise to make changes that actually make the system worse.  In Texas, the Office of Court Administration has reviewed the settlement in Harris County and has concluded that it opposes the system and does not want it implemented in any other county.  Legal experts in the state have determined that the settlement "does harm" to other parts of the criminal justice system which they find unacceptable.  Other Texas Counties would do well to heed this same advice.  Any attempts to reform a bail system that has been working for several hundred years should be reviewed with a wary eye regarding what unintended consequences would be unleashed.

The second lesson of the Harris County experience is that bail reform is expensive.  Critics of the litigation attacked the county for spending over $8 million in legal fees defending a system that they believed needed reform.  The former judges would have readily agreed with the reforms identified by the Fifth Circuit, but the plaintiffs required that any settlement include much more, including items to which they were not entitled based on the merits of the trial.

Now, as a result of the settlement, taxpayers are being forced to reach into their wallets to make a down payment toward the settlement in the amount of more than $95 million.  In the remaining counties in Texas,  taxpayers should be wary of allowing civil plaintiffs to collude with politicians in an attempt to weaponize federal litigation in order to mandate political agendas.

The third lesson is that the Harris County criminal justice system is under stress and in danger of collapse.  The American criminal justice system is based upon the concept of accountability, but this settlement removes it to a great degree.  As a result, more defendants are missing court without consequences.  Therefore, their cases are put on hold until -- or if -- the defendant returns.  Case backlogs are increasing while officers, on average, are arresting the same number of individuals annually.

For example, in May of this year, Alex Guajardo was arrested for a DWI, the second time he had been arrested on this charge.  He was granted a PR bond, but in late July, he was arrested again, this time for assault on a family member -- his pregnant wife, Caitlynne.  A day later, the trial court entered a protective order for Caitlynne and released Guajardo on another PR bond.  Three days after that, Guajardo was arrested yet again.  The charges?  Capital murder for killing his wife and unborn child.  According to investigators Guajardo stabbed Caitlynne 20 times.  Guajardo told them that he deliberately stabbed her in the abdomen to make certain no other man would raise his child even if Caitlynne survived the attack.

Guajardo was denied bond for the charge of capital murder.  But amazingly, a short time afterward, a general order bond was entered in the earlier case in which he allegedly assaulted Caitlynne, plus a second general order bond for his DWI charge.  As difficult as it may be to believe, Guajardo would have been released yet again except for the "no bond" tag on his capital murder charge.

Also, these reforms are having a negative impact on public safety.  While elected officials claim that these changes will make us more safe, the numbers show a much different story.

The Harris County Police Officers Union has done the math and this is what their numbers reveal.

When considering any reforms of its criminal justice system, the people of the remaining Texas Counties should keep in mind that the purpose of bail is to release defendants from jail with sufficient assurances that they will return upon the call of the trial court to answer the charges against them.  If accountability is removed, then chaos will not be far behind.  A criminal justice system without accountability is only voluntary.  A defendant would have to agree to be punished before it could actually be meted out because the individual could simply avoid it by failing to appear.

There are occasions when the criminal justice system is the final opportunity for a wayward individual to be turned into a productive citizen.  To be sure, we live in challenging times.  Drug use is growing, while families continue to fail.  Meanwhile, school dropout rates are increasing, with more and more people feeling left behind and without hope of economic opportunity.  However, we cannot blame the failings of society on the criminal justice system and then try to address them through bail reform.  The bail system used throughout the United States has been around for hundreds of years.  It has withstood the test of time because it is a system built on accountability with the singular job of getting people to court in a timely manner.  Unfortunately, as we have seen throughout the country, good people on all sides of the issue have been attempting to tweak or "reform" bail, often to address matters that were never a part of the bail process at all.  When this happens, all too often we are seeing reforms going wildly off track, with the net results reflecting far more harm done to society than any good.  The remaining counties in Texas should be mindful to tread carefully in the area of bail reform and to learn the lessons of what has not worked or their leaders may wind-up following in Harris County's footsteps, much to the disservice of its residents and taxpayers.